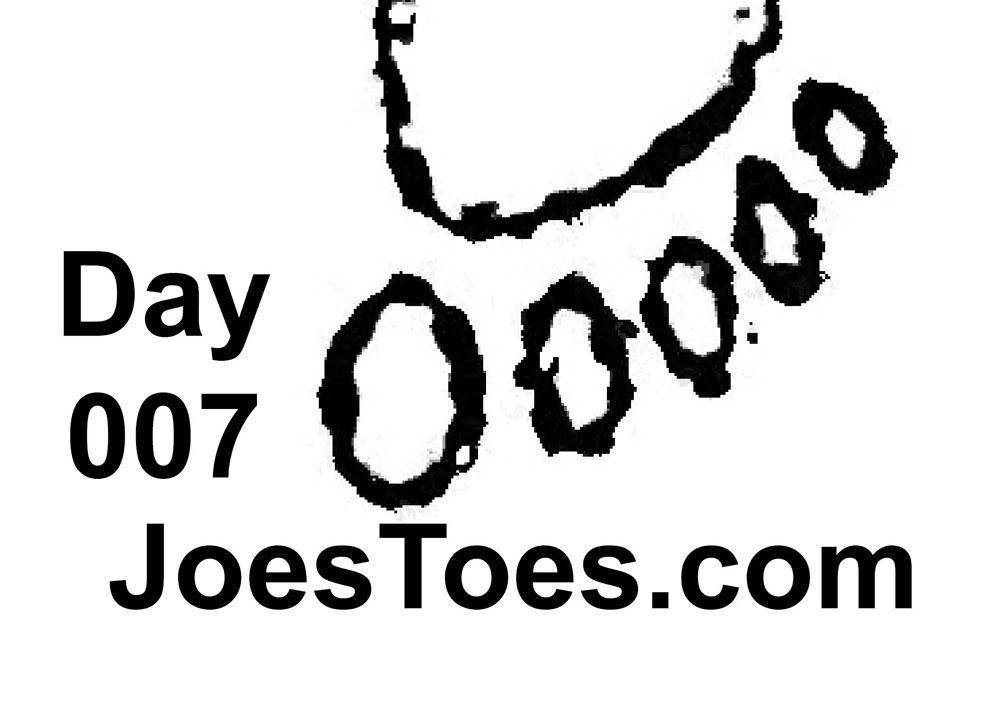 There has now been 7 days of treatment and changes are starting to become visible. This is a long process and that’s mostly because it takes a long time for nails to grow back. These nails and feet are being treated daily and are feeling much better. The first week is the hardest week to apply the treatment because there is so much bad tissue to remove.

Nobody would claim that they look great yet. In some ways they look worse! For a start there is more discolouration of the nail bed. This is purely because the oils used are slightly coloured and they have the property of being easily absorbed. This colour accumulates in the dead tissues under the nail and from a distance doesn’t look like an improvement. Also the nails have been cut back quite severely and all dead tissue have been scraped out. This scraping is done most of all in the first week. These toes were so bad that we chose to remove as much dead tissues daily as we could.

But look a little closer and they are definitely better. Every week from now on should start looking better and better. More importantly they will feel better too.

Every day the nails are treated morning and night using drops of the concentrated eMolly oil from the eMolly website here. This oil is highly absorbant and penetrates under the nail to kill the fungus. The colour of the dead tissues makes it easier to know what to scrape out. Also every day we massaged the feet thoroughly with the JoesToes massage oil. The heels look much better but they are still cracked and painful. I reckon another week is needed before the heels are better. Next week we will post a before and after shot of the heels. Every day the nails are also examined and dead tissue scraped out. We clipped nails most days when it helped to expose the dead tissue and we scraped the bad bits out using orange sticks. If you don’t know what orange sticks are then ask a manicurist. They are found in chemists for about £1 for a packet of 5. Alternatively you can but them from a wholesaler (try eBay) for about £3 for a packet on 100.

The oil was dripped one drop onto each nail and massaged in using a cotton bud. Because the heels and skin were on such poor condition we soaked the feet daily for the first week in a salt solution. You can use ordinary salt or better still use Epsom Salts, which is what we used. This softens up the skin and nails and Epsom Salts have the benefit of improving circulation and this will greatly improve the effectiveness of the treatment.

For the first week this took about 15 minutes each day effort not including the soaking time which took as long as wanted.

The first week was pretty intensive and we sanded, clipped, scraped and soaked most days. We are expecting to cut down the daily soaks to maybe 1x or 2x a week after this week is over. By the end of the first week the unpleasant smell associated with this condition has largely gone. This is also helped by keeping the feet exposed to the open air as much as possible and going barefoot.

WARNING The photographs are not for the squeamish so they have been put at the bottom of the blog. If you don't want to look then don't scroll down below here. 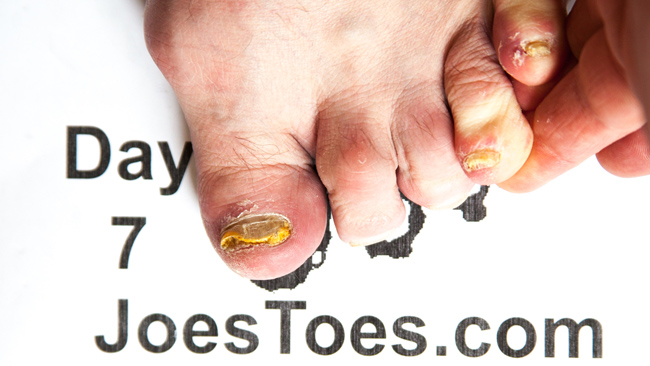 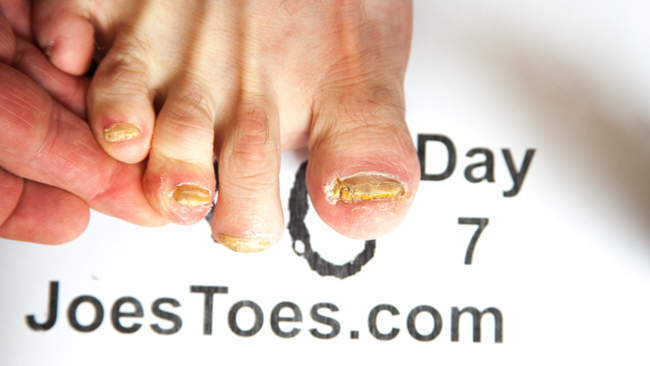